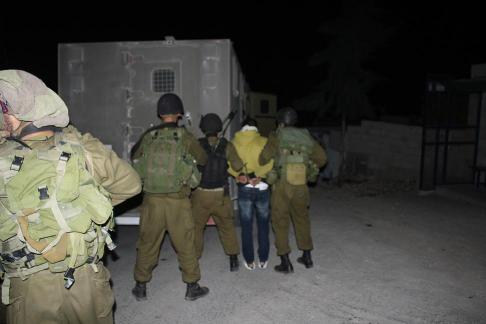 On Wednesday morning, Israeli forces detained a Palestinian youth from the Nur Shams refugee camp, east of Tulkarem, family members reported. The resident has been identified as Yasser Mahmoud Abdul-Rahim, 21, and was detained after Israeli troops surrounded his home early in the day and broke into it.

According to family members, the soldiers ransacked the home and confiscated the family computer.

Abdul-Rahim was released from prison on 28 September 2010, after serving a year in an administrative detention.

In total, he served three years in Israeli prisons in separate periods, although he never faced any charges.

Furthermore, Israeli military officials stated that three Palestinians were arrested West Bank and that the three were moved to interrogation centers.