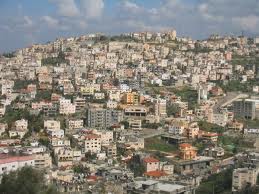 After the Israeli government demolished a 3-story building Tuesday in the neighborhood of Umm al-Fahm in East Jerusalem, the residents of the neighborhood declared a general strike in protest of Israel’s demolition policy.Umm al-Fahm has been at the center of a series of recent demolitions by Israeli authorities, as it is located in an area slated for takeover by the Israeli Jerusalem municipality as part of the ‘E1 Jerusalem Plan’ to ‘Judaize’ East Jerusalem.

All of the businesses in the neighborhood observed the general strike, which began Wednesday morning, and remained closed throughout the day in protest.

Israeli demolitions of Palestinian homes in East Jerusalem have markedly increased over the last year, with Israeli settlers moving into the area after Palestinian residents have been forcibly removed in many cases.

In response to the ongoing demolitions, the residents of Umm al-Fahm organized non-violent demonstrations, protest tents and strikes to challenge the destruction of their homes.

The Palestinian Minister of Housing in the Gaza Strip, Dr. Yousef Al-Mansi, condemned the Israeli demolition policy in a statement issued after the latest home demolition in Umm al-Fahm on Tuesday — a demolition which left a dozen family members homeless.