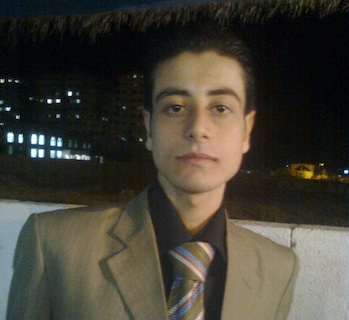 Human Rights Watch and other organizations have demanded a criminal investigation into the death of a 20 year old Palestinian patient who was denied a permit by Israeli Authorities to leave Gaza. The Israeli authorities insisted that an unconscious patient appear for questioning by the Israel Security Agency; the patient died in Gaza while waiting for a response.On 5 January 2011, Adalah, in its own name and on behalf of Physicians for Human Rights – Israel and al-Mezan Center for Human Rights (Gaza), submitted a complaint to the Attorney General of Israel, Yehuda Weinstein, and to the Israeli Military Advocate General, Avichai Mendelblit, demanding the opening of a criminal investigation and prosecution of those responsible into the suspicious death of Mr. Anas Saleh, a 20 year old Gaza resident, who died on 1 January 2011 from a liver disease in Shifa Hospital in Gaza.

Although the patient was in a critical medical condition, which was known to the Israeli authorities, Israel prevented his exit from Gaza for lifesaving medical treatment. Adalah Attorney Fatmeh el-Ajou filed the complaint on behalf of the victim whose case was followed and documented by PHR-I and al-Mezan.

The human rights organizations argue in the complaint that the denial of an exit permit in these circumstances is an act against the legal obligation to provide medical treatment to save the life of the patient, an act which brought about, or at least hastened, the death of the deceased.

In September 2010, Anas Saleh was diagnosed with a liver disease, Budd Chiari Syndrome (a clinical syndrome resulting from obstruction of the veins in the liver).  Due to a lack of appropriate medical treatment in the Gaza Strip health system, his condition deteriorated into acute liver failure and hepatitis.

The patient was referred for lifesaving medical treatment to Muqassed Hospital in East Jerusalem, and a hospital referral and appointment were in his possession for 26 December 2010. On 13 December 2010 the family presented a request, via the Palestinian Liaison Office, to the Israeli authorities in order to obtain an exit permit from Gaza.

Thirteen days later, on 26 December 2010, the patient’s hospital appointment date, the army informed the Palestinian Liaison Office that the patient must appear for interrogation by the Israel Security Agency (ISA or Shabak) on 30 December 2010 to further consider his request. However, on that date the patient was already unconscious, in a comatose state, and could not appear at the interrogation.

This information was forwarded, according to the Palestinian health coordinator, to the Israeli military on that same day, with a request to speed up the request procedure and to issue an exit permit from Gaza urgently.

Paradoxically, despite the ISA continued to insist that the patient appear for questioning.  According to the father’s testimony, on 28 December 2010 he received a telephone call from a man who introduced himself as an ISA representative, and requested that his ill son present himself for questioning on the following day. The father informed him that his son was in a coma and asked that he be allowed to leave for medical treatment without delay.

The patient died in Shifa Hospital in Gaza 1 January 2011 at 18:00 (6 pm). Until today, no response to the request has been issued by the Israeli authorities.

Prof. Zvi Bentwich, PHR-I Chairperson states that the patient could have been saved had he been granted immediate entry for emergency surgery.

This is just one of many examples of Israel’s enduring intransigence towards residents of the Occupied Territories, which leads to unnecessary harm and in this case even led to a loss of life that could have been prevented.

Mahmoud Abu Rahma, from al-Mezan, states that: “The Israeli blockade has left thousands of victims suffering from the lack of medical care that is available only an hour away from them by car.” He added that, “Al-Mezan and PHR-I have followed the cases of hundreds of patients who have been restricted from urgent medical treatment outside of Gaza, many of whom died and some of whom were arrested or delayed for long periods of time.

‘This situation is still causing inhumane conditions for the patients and, if it continues, it will result in grievances by many others.’

Physicians for Human Rights-Israel, al-Mezan and Adalah are calling on the Israeli authorities to bring to justice those responsible for preventing 20 year old Anas Saleh from leaving Gaza for life-saving treatment and ultimately causing his death and take the necessary measures to prevent such occurrences in the future.

Israel must fulfill its legal obligations towards Palestinian residents of the Gaza Strip and guarantee patients’ full access to medical treatment.