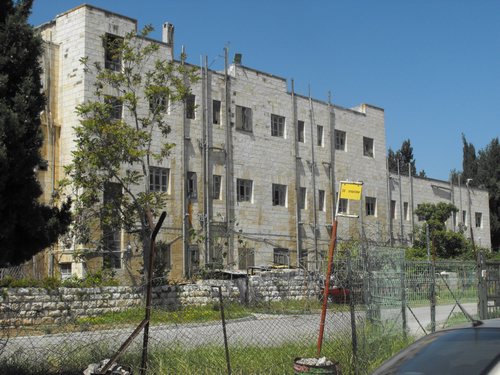 The Israeli Authorities and the Jerusalem Municipality demolished on Sunday morning the old building of the Shepherd Hotel in Sheikh Jarrah, in occupied East Jerusalem.Several bulldozers started the leveling of the hotel under significantly increased presence of Israeli policemen and soldiers.

The destruction of the hotel comes as Israel intends to construct a new settlement that includes 200 units for Jewish settlers.

Dr. Mustafa Barghouthi, secretary-general of the Palestinian National Initiative described the attack as part of Israel’s ethnic cleansing policy against the Palestinians, and as an act that reveals Israel’s intentions against the Arabs in the city.

Dr. Barghouthi added that this hotel is located in the center of Sheikh Jarrah, and warned of the ongoing Israeli policies that target the presence of the indigenous Palestinian people.

“Israel is revoking ID cards of Palestinian residents of occupied East Jerusalem, targeting holy sites and demolishing Palestinian homes and property”, Dr. Barghouthi stated, “All of these violations aim at forcing new realities on the ground, and removing the indigenous Palestinians from their city”.

The Hotel is owned by the inheritors of Haj Amin Al Husseini, the former Mufti of occupied Jerusalem. Israel illegally confiscated the building under the so-called “Absentee Property Law”.

The original owner of the building, Haj Amin Al Husseini, was expelled out of Palestine by the authorities of the British Mandate in 1937. He died in Lebanon in 1974.

The building was turned into a hotel in in the 1960’s and was managed by legal representatives. In early 1970’s Israel tried to take control of the building and to force the renters to pay directly to the government instead of paying to the owners.