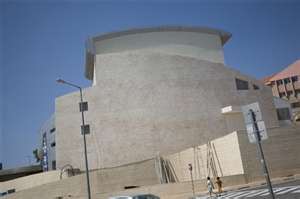 On Sunday, 155 academics joined the boycott of the ‘Ariel University Center of Samaria’, located in the illegal West Bank settlement of Ariel.The university and college faculty members signed a petition calling for an academic boycott of the University Center, based in the largest Israeli settlement of Ariel. The lecturers stated in the petition: ‘We, academics from a variety of fields and from all the institutions of higher learning in Israel, herein express publicly our opposition to the continued occupation and the establishment of settlements.’

Nobel laureates Yehoshua Kolodny, Benjamin Isaac and Itamar Procaccia were among the signatories of the academics’ petition, which follows a similar boycott call by artists and actors several months ago.

The document denounced the ‘unbearably harsh conditions’ Palestinians suffer in nearby villages and refugee camps, where the residents are deprived of their basic human rights. According to the petition, ‘Ariel was built on occupied land. Only a few kilometers away from flourishing Ariel, Palestinians live in villages and refugee camps under unbearably harsh conditions and without basic human rights. Not only do they not have access to higher education, some do not even have running water. These are two different realities that create a policy of apartheid.’

Signatories of the new petition were careful to distance themselves from other academic boycotts which call for all Israeli academic institutions to be boycotted – instead, they focus on those institutions built illegally on occupied Palestinian land in the West Bank seized and militarily-occupied in 1967.

Furthermore, the petition criticized the ongoing construction of settlements in the West Bank, which they say has made the establishment of a Palestinian independent state impossible and undermined the prospects for Israel to ever live in peace in the region.

The call was organized by Nir Gov of the Weizmann Institute’s Department of Chemical Physics. It differs from previous petitions in that many of the signatories are from science and engineering departments, challenging the notion that such academic boycotts have only been called by those in the humanities and arts.

This latest petition comes just weeks after academic boycotts were condemned by the Israeli Council for Higher Education in a formal statement which said that such boycotts ‘undermine the foundations of the higher education system.’ Gov issued a reply to this statement in which he said that it is settlements like Ariel that challenge the legitimacy of the academic system in Israel, not the boycott of the settlements.

Many academic institutions around the world, including the largest organization of academics in Britain, have called for boycotts of Israeli settlement institutions, in an attempt to pressure Israel to end its occupation of Palestinian land, which began in 1967, and has continued with the transfer of civilians onto land seized by military force, in violation of international law and signed agreements. There are currently around 500,000 such Israeli settlers living illegally on Palestinian land in the West Bank and East Jerusalem.