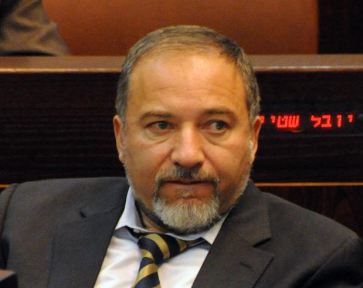 Israeli Foreign Minister Avigdor Lieberman stated that Israeli organizations which provided information to the United Nations Fact Finding Mission on the Gaza Conflict (Goldstone Commission) are “net collaborators with terror whose goal is to harm the IDF and its determination to defend Israeli citizens.”Lieberman quoted from a letter sent to the Goldstone Commission by the organizations B’Tselem, Physicians for Human Rights-Israel, Yesh Din, Hamoked: Center for the Defence of the Individual, Public Committee against Torture in Israel and the Association of Civil Rights in Israel.

According to Lieberman, they “wrote that IDF bombings were directed at mosques, schools and houses…Additionally, it was written that the Israeli army did not provide assistance to the Palestinians,” he said.

Lieberman was speaking at a meeting of his party Yisrael Beitenu on Monday, at the Knesset, in which the recent Knesset decision to establish a parliamentary investigative committee to “examine the activities of Israeli organizations involved with the collection of information about soldiers and follow their funding sources.”

Yisrael Beitenu MK Fania Kirshenbaum was one of two MKs to propose establishment of the investigatory committee, and she is currently battling with another backbench MK from the Likud, Dani Danon, over chair of the committee.

Israeli Prime Minister Netanyahu supported establishment of this committee, imposing party discipline on Likud MKs to ensure their support, and the proposal passed 41-17.