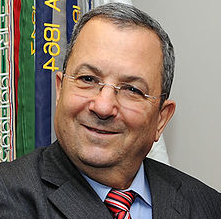 After publicly announcing his resignation from the Labor Party, Israeli Defense Minister, Ehud Barak, announced on Monday the birth of a new party, running under his command, called “Independence Party”. The Labor party, once strong and competing neck-to-neck, with large Israeli parties such as the Likud, suffered a sharp blow in the latest general elections, and even garnered less seats that the extremist party, Yisrael Beiteinu, headed by Avigdor Lieberman, who is now serving as Israel’s Foreign Minister.

In January of last year, several senior Labor party members objected to joining a government headed by Israeli Prime Minister, Benjamin Netanyahu, and his extremist coalition partners. Ohpir Pines-Paz, a senior party member who served as a minister in different governments, submitted his resignation from the party after Barak suggested joining the Netanyahu-led government.

In April of last year, Labor party member, then-deputy speaker of the Knesset, Yuli Tamir, resigned from the party after she was appointed as the head of an industrial school.

Last Tuesday, former lawmaker, Daniel Ben-Simon, also submitted his resignation from the party, and said that he will be a “party of one” at the Israeli Parliament; his move came to express rejection to the current Labor Party politics and decisions.

Being a coalition partner with Netanyahu and other parties known for their extremist policies, pushed several Labor Party members to express their rejection to its politics, especially due to the stances of the current government regarding settlement construction and the peace process.

Benyamin Ben-Eliezer, Trade, Industry and Labor Minister, stated recently that he will not quit the Labor party but will instead lead the party out of the coalition with Netanyahu, should the peace process fail to advance by this coming April.