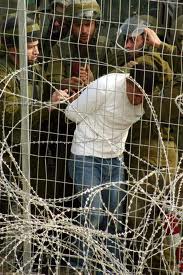 Israeli soldiers tear gassed a house in a village near Jenin, on Wednesday evening. Soldiers also arrested eight young Palestinians including five minors in the south of Hebron, the PNN reported. Israeli military threw tear gas canisters and sound bombs into a home in Zabouba village, west of Jenin, causing injuries from inhalation to 11 people. The military force invaded the village through a gate in the wall, the news wire Wafa quoted local sources.

The eleven wounded were known to belong to the family of Jamal Saeed Sha’abneh. Emergency relief was rushed into the village for medical treatment immediately after the incident.

Another young man named Ismail Muhammad Hurayzat, 21, was arrested in Yatta, south of Hebron. In addition, Mu’tasem Asad al-Natsheh, from Hebron, reported to have been violently beaten by soldiers.