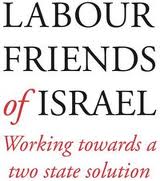 In an admission that Israel is losing the public relations battle in the UK with the Palestinians, Labour Friends of Israel (LFI), is to change tack and re-launch itself.Under the leadership of its new director Jennifer Gerber, and chair David Cairns MP, the organisation has recognised that the political landscape has been changed for supporters of Israel in Britain.

The re-branded LFI will now operate under the slogan, Working Towards a Two-State Solution, and develop a more pro-active approach to the debate.

As part of the re-launch LFI intends to conduct a grassroots campaign which will target local Labour party members, an area where the Palestine Solidarity Campaign has been particularly effective in the past.

‘At the moment people who self-define as on the left of politics are increasingly exposed to the blunt and lazy anti-Israel arguments,’ said Ms Gerber. ‘We believe there is a real need to kickstart a debate about the progressive case for Israel.’

Ms Gerber added: ‘People seem to forget that Israel was founded on social democratic values and remains a example of a socially and economically progressive country – in a region where progressive values are in short supply.’

Both former prime ministers Tony Blair and Gordon Brown championed the cause of Israel within the Labour Party and were members of LFI.