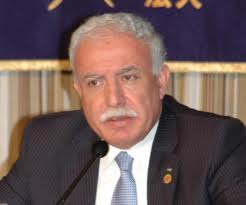 In an interview with Arab newspaper Asharq al-Awsat on Thursday Palestinian Authority Foreign Minister Riad Malki condemned the ‘land rush’ and ‘Judaization’ of Jerusalem,Malkim told the newspaper that, ‘The occupation’s land rush in Sheikh Jarrah in Jerusalem is in full swing, working for the Judaization of many different neighborhoods of the city,’ he said, naming Sheikh Jarrah, Isawiya and the area near the Damascus Gate.

‘When Israel announced the construction of 1400 new housing units in east Jerusalem, there were severe condemnations from the United Nations and many other parties,’ Malki reportedly said. ‘Condemnations are important…but this did not stop Israel from Judaizing the city, changing its features and bringing settlers rather than indigenous people.’

‘Israel is fully aware that the responses do not rise to more than condemnation and denunciation, and therefore do not bother with them and continue its aggression,’ Malki said. ‘The Lord protects Jerusalem, despite the serious assaults by Israel against its Arab, Islamic holy city.’