11 Palestinians, Including 10-year-old Child, Kidnaped By Soldiers in West Bank 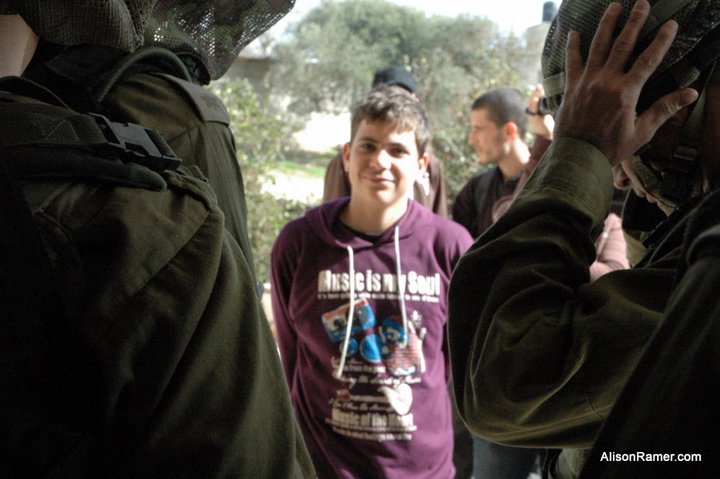 Israeli soldiers conducted an arrest campaign in the occupied West bank city on Tuesday and kidnapped ten Palestinians including a 10-year-old child. Local sources reported that soldiers kidnapped the child while he played in front of his home in Nabi Saleh village, near the central West Bank city of Ramallah, and took him to an unknown destination.

The child was identified as Karim Saleh Al Tamimi. His brother Islam, also a child, was kidnapped three days ago and is currently being held at the Benjamin Interrogation Center.

The Popular Committee in Nabi Saleh held the Israeli army responsible for the lives of the two kidnapped children and demanded their immediate and unconditional release. The committee also voiced an appeal to human rights groups to intervene.

The Israeli radio claimed that the ten are “wanted”, and that they were moved to interrogation centers for “questioning”.

The radio said that the arrests were made in the West Bank districts of Jenin, Tulkarem, Nablus, Ramallah, and Hebron.