Israeli Man Who Murdered Peace Now Activist To Be Released 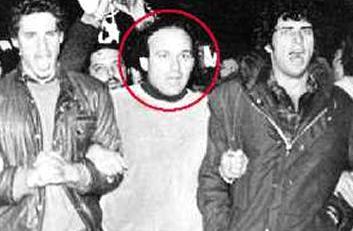 Israeli daily, Haaretz, reported that an Israeli citizen who killed an Israeli peace activist in 1983 will be set free on Wednesday. Yona Avursham, was convicted in 1983 of throwing a grenade into a group of peace activists protesting in front of the office on Israel’s Prime Minister. The explosion killed Emil Grunzweig and left nine peace activists wounded. Haaretz said that he commuted his 27-year sentence and will be freed Wednesday. He was initially sentence to a life term but the sentence was reduced to 27 years.

Avursham was granted an early release in August 2001 following a decision made by a parole board that was headed by Israel’s Supreme Court justice Edmond Levy. The judges conditioned the release with having Avrushmi participate in a rehabilitation program, and to remain under constant supervision of a social worker, Haaretz added.

The State prosecution appealed the decision but the court decided that Avursham “does not pose a threat to the public”.

The Israeli Prison Authority said that Avursham “met all conditions and requirements for his release”, and that, in recent months, he has been living in a minimum-security hostel and was even allowed to leave the prison on holidays and certain occasions.

In addition to the fact that he threw a grenade into a peaceful crowd, Avursham’s prison record shows that he often engaged in hostilities with the prison guards and the authorities, and even stabbed and wounded two prison guards.

Haaretz stated that Avursham will be released from the Hadarim Prison, and will be moving into a rented apartment in Tel Aviv.