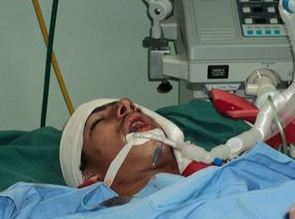 Palestinian medical sources reported Friday at night that a Palestinian youth was shot and killed by settlers fire in Safa Village, north of the southern West Bank city of Hebron. The youth, Yousef Ikhlayyil, 17, was shot by a live round in the head and died of his wounds at a local hospital, the Maan News Agency reported.

Mohammad Awad, spokesperson of the National Committee Against the Wall in Beit Ummar town near Hebron, told the Maan News Agency that from than 150 armed settlers of Beit Ayin settlement invaded Safa village and clashed with dozens of residents.

The settlers fired live rounds at the local protestors, and were removed from the village later on by the Israeli army.

The Israeli army arrested a number of settlers involved in the attack, and initiated an investigation into the attack. An army spokesperson demanded the residents of the village to restore calm.

On Thursday, A 19 year old man from the village of Iraq Burin, near Nablus, has been shot and killed by settlers fire.

Israeli journalist Joseph Dana, of the +972 Magazine group, has reported eyewitness statements that Qadous was approached by settlers as he was farming with his cousin, and that the unprovoked settlers shot him dead.