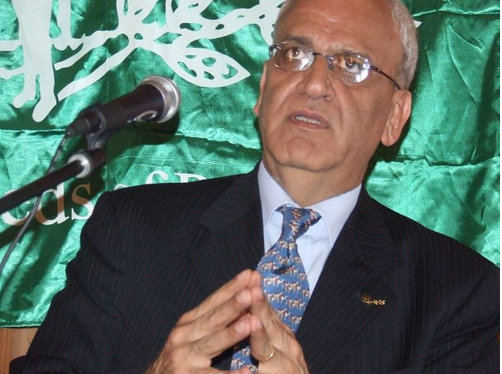 According to the Maan News Agency, Ereikat resigned over the leaks of what is called “The Palestine Documents” published by Al-Jazeera satellite Channel few weeks ago.

He added that the documents were leaked from his office and he is responsible for that despite the fact that a probe launched by the PA cleared Ereikat from any involvement in the leak.

On his part, Fawzi Barhoum spokesperson of Hamas in the Gaza Strip said that Ereikat’s resignation is evidence of his involvement in “giving up on legitimate rights of the Palestinian people as leaked by Al-Jazeera and Wiki-Leaks.

The resignation now is on the desk of the Palestinian President Mahmoud Abbas and is pending approval or denial.