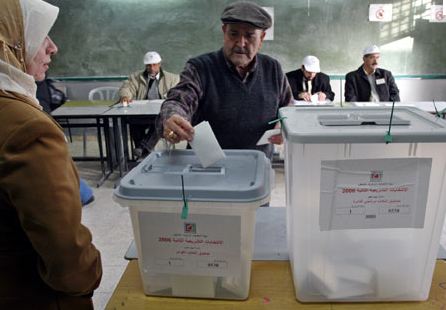 He called on all factions and figures to put aside all differences and reservations, and to focus on the elections.

Meanwhile, the Hamas movement, the rival of Fateh and the faction that achieved an overwhelming majority in the 2006 legislative elections, rejected the call and stated that this announcement is illegal and violates the Palestinian law.

Hamas said that it will not participate in the elections and will not recognize their outcome.

Hamas spokesperson, Fawzi Barhoum, told the Maan News Agency that the decision made by the PLO does not represent the Palestinian people and the majority of the Palestinian factions, therefore, he added, “this decision is illegitimate”.

“Elections must be held after achieving unity and reconciliation”, Barhoum said, “They cannot be held by a decision made by one side that claims to control the fate of the Palestinian people”.

He also stated that this decision was made by one faction (Fateh) “that wants to avoid the same fate of what happened to the leaders of Tunisia and Egypt”.

In 2006, Hamas garnered an overwhelming victory in the legislative elections in all of the occupied territories, but Israel arrested most of the elected officials and obstructed the work of the government.

Hamas also achieved an overwhelming victory in local council elections and most of its elected officials were also kidnapped and imprisoned by Israel.