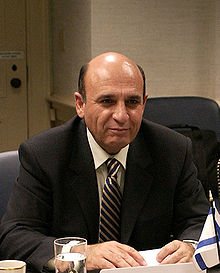 At a hearing on Sunday, the Israeli Prime Minister and Defense Minister were accused of ordering Israel’s top intelligence officials not to share warnings and information that could have been used to prevent the shooting attack on an Israeli bus and car by Egyptian suspects on August 18th in which five Israeli civilians and three soldiers were killed.According to Israeli media reports, Israeli Military Intelligence Chief Aviv Kochavi said that he had received information of a potential attack in southern Israel, but was instructed by Israeli Prime Minister Binyamin Netanyahu and Defense Minister Ehud Barak to conceal the information from Knesset (Israeli Parliament) members.

Knesset members were angered by this revelation, including MK Shaul Mofaz, the head of the Defense and Foreign Affairs Subcommittee, who released a statement Sunday saying that the officials ‘deliberately and significantly damage the subcommittee’s ability to actively supervise Israel’s security and intelligence bodies. It is clear that the decision is not professional and involves foreign interests.’

The Israeli Ministry of Defense responded with a statement accusing MK Mofaz of playing politics, saying that the chain of command requires that all intelligence information goes through the military Chief of Staff, and is at his discretion as to what to share with the Subcommittee. The statement read, ‘We are sorry that MK Mofaz is trying once again to turn the the Foreign Affairs and Defense Committee and its subcommittees into part of a petty political game aimed at helping him in personal struggles.’

The bickering between military and parliamentary factions in Israel about the sharing of sensitive information is not a new thing. Over the past several years, a number of incidents have arisen in which the military, intelligence services and Knesset members have each accused the other of withholding information and engaging in political actions.

But no one from the Popular Resistance Committees claimed responsibility for the attack, and Egyptian authorities soon after arrested three Egyptian men that they suspected of involvement.

Israeli soldiers chasing the perpetrators of the Eilat attack crossed into Egypt in pursuit, and ended up shooting five Egyptian border security officers, in an incident that severely strained relations between Israel and the newly-formed interim government of Egypt. Massive protests were held at the Israeli embassy in Cairo challenging Israel’s illegal action.