US To Veto Palestinian UN Bid 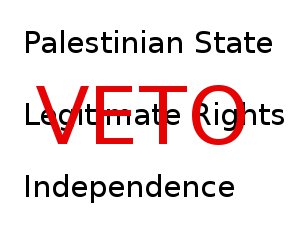 Earlier this week, the U.S. Department of State sent a threatening message to the Palestinian Authority telling it that it should void the bid, and called for the resumption of peace talks. The message was delivered by US envoy, David Hale, who informed presidents Mahmoud Abbas that the US would veto the bid.

Washington alleges that a Palestinian statehood can only be established through direct peace talks with Israel.

The Palestinians intend to go to the UN General Assembly on September 22, demanding an independent Palestinian state and full membership at the UN.

The Palestinian bid received the support of more than 140 countries, but the US government insists on voiding it.

Israeli-Palestinian peace talks have been halted since September 2010, when Israel resumed the construction of settlements, and continued it invasions, attacks, and the demolition and take over of Palestinian homes in occupied East Jerusalem.

Palestinian leaders have stated that they would not resume peace talks with Israel until the latter halts and all settlement construction, and stops its violations.