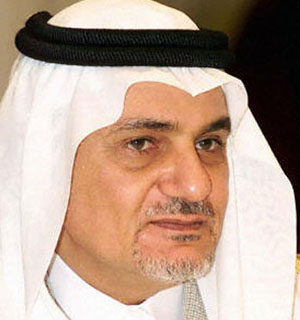 Saudi Prince, former Saudi Intelligence Agency chief, Turki Al Faisal, warned the United States that its strategic relations with its Arab allies, mainly Riyadh, will be significantly harmed, should Washington opt to veto the establishment of a Palestinian State.The New York Times reported that Al Faisal warned that a U.S. veto against full Palestinian membership at the United Nations “will destroy the special relations between Riyadh and Washington, and will harm the U.S. in the Arab world”.

Al Faisal further stated that the United States must support the Palestinian decision to establish an independent state, and must vote for the decision this month, otherwise, “Washington will lose its already declining credibility in the Arab world”.

The Saudi Prince said that Washington must realize that losing its credibility directly impacts the security of Israel, and will lead to a stronger Iranian domination in the region, an issue that increases the possibilities of a new war.

Al Faisal said that the Kingdom of Saudi Arabia “will not be willing to continue its current cooperation with Washington”, especially amidst the revolutions in the Arab world, as these revolutions demand democracy, and demand justice to the Palestinian people.

He also stated that, due to the changes in the region, the leadership in Saudi Arabia will be obliged to adopt more independent foreign policies, and will be forced to adopt policies that are not coherent with the United States.

“The Palestinians want their right to statehood, all nations will support them”, Al Faisal added, “Israel should not regard the Palestinian demand as a threat; it should look at t as an opportunity for peace, security and equality”.