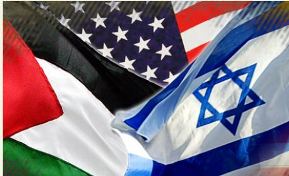 The White House declared Tuesday that senior envoys Dennis Ross and David hale will be arriving in the region this week in an attempt to revive the stalled peace process between Israel and the Palestinians. The move comes in an effort to convince the Palestinians to cancel their UN membership bid.Hale and Ross were in the region last week, and met with both Israeli and Palestinian leaders, but could not achieve any progress.

The U.S. is convinced that peace can only be achieved through direct peace talks. The Palestinians had to quit talks last year due to Israel’s ongoing violations, and the construction of illegal settlements.

Israeli daily, Haaretz, reported that U.S. Secretary of State, Hilary Clinton, said that that path to peace lies “in Jerusalem and Ramallah, not in New York”.

Her statements were considered in favor of Israel as she said “Jerusalem” when she referred to Israel, yet, the city is part of the occupied territories.

The U.S. is also not pressuring Israel into halting invasions, and the construction and expansion of settlements.

Israel regards Jerusalem, all of Jerusalem, as it’s eternal and undivided capital; the Palestinians seek to establish their independent state in the West Bank, the Gaza Strip and East Jerusalem. The demand is coherent with all related United Nations and Security Council resolutions.

The UN General Assembly will start its sessions Monday, the United States wants to ensure the Palestinians void their plan before then, but has clearly announced it will veto the move should the Palestinians go ahead with their plan.

Palestine holds “observer” status at the UN; this status does not grant it any voting rights. The Palestinian Authority’s bid to become a full member requires the approval of the United Nations Security Council, but the U.S. said it will use its veto power against it.

But the U.S. Veto will lead to a setback in the relations between Washington and the Arab World, an issue that Washington is trying to avoid, especially amidst the current changes and popular protests in several Arab countries.

On Tuesday, Saudi Prince, former Saudi Intelligence Agency chief, Turki Al Faisal, warned the United States that its strategic relations with its Arab allies, mainly Riyadh, will be significantly harmed, should Washington opt to veto the establishment of a Palestinian State.

Al Faisal said that the Kingdom of Saudi Arabia “will not be willing to continue its current cooperation with Washington”, especially amidst the revolutions in the Arab world, as these revolutions demand democracy, and demand justice to the Palestinian people.

To be voted as a nonmember state, the Palestinian Authority needs the majority of the votes of the 193 member countries.

After the vote, and the already announced U.S. veto, the Palestinians plan to head to the General Assembly where they will likely receive the support of the majority of member states.

Heading to the General Assembly would grant the Palestinians the status of a nonvoting state, as only the Security Council is allowed to approve a full member state.