Clinton and the path to the two-state solution 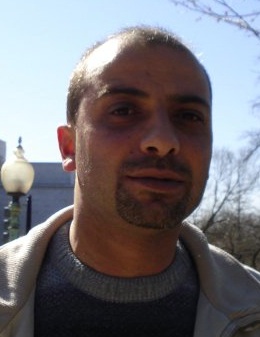 It is not strange to hear the US Secretary of State, Hillary Clinton saying that the “two-state solution should go through Jerusalem and Ramallah, and not New York,” meaning that negotiations between Palestinians and Israelis should be the way to peace. It is strange however, to realize that Clinton did not read history very well to learn that Palestinians have invested two decades on fruitless negotiations. What makes her comment absurd, is that she is talking about two states, ignoring the fact that Jerusalem and Ramallah are two Palestinian cities.We know that an American Veto is going to obstruct a UN resolution on Palestinian statehood. We also know that the path to freedom is long and costly, however, the American administration should have rather learned some lessons from the “Arab Spring” that is changing the Arab world, and instead of lecturing us about the path we should take to reach a Palestinian state, they should realize that we have been living in Palestine before the United State was even discovered.

We also know that the Zionist Lobby is the real rulers in the USA and not Clinton or Obama, however, despite that, they prefer to play the advocate role for Israel. The latest example was what the White House reported that Obama could not sleep until he made sure that the Israeli ambassador was “evacuated” from cairo when Egyptian protestors stormed the Israeli embassy.

Despite the Nakba of 1948, we managed to stand up again and resist, and after the Israeli occupation of the West Bank in 1967, we also continued our way forward, and despite all the set back we had and difficulties, we led two uprisings against the longest military occupation in modern history. So, why they are worried from our diplomacy and worried about us reaching New York carrying only our documents to request our right that will never be abolished.

Why do the Americans insist that the way to two-state solution should go through Jerusalem and Ramallah for the past twenty years, while the way for South Sudan took only few days? Why do they impose their agenda all the time? This is the first time we decide on our own what to do, are we allowed to decide on our own fate like all other nations or not?!

We are tired of talking about the double standard. Clinton and all the others, who claim to know the “right way” for a two-state solution know the way to freedom and to get rid of the military occupation. They are still whining the WTC towers for the past ten years, and tend to forget sixty years of suffering that we have been going through, assuming that we are not human beings who deserve the life we want.

America must take lessons of what happened between Israel and Turkey and what happened lately in Cairo. To think that nothing will change is a big mistake. They should stop to make last-minute manoeuvres because you have to be sure, before you present us new proposals to stop us from going to New York, that Israel accept these proposals, because we have never been and we will never be the problem, but the solution.