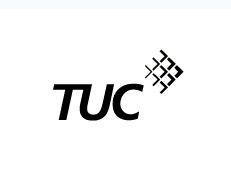 The Trades Union Congress, representing 6.5 million workers in the UK, voted overwhelmingly today (14 September 2011) to deplore the ‘anti-democratic law’ passed by the Israeli Knesset banning individuals and organisations in Israel from calling for the boycott of Israel.The Union reaffirmed existing policy to ‘work closely with the Palestine Solidarity Campaign to actively encourage affiliates, employers and pension funds to disinvest from, and boycott the goods of, companies who profit from illegal settlements, the Occupation and the construction of the Wall’.

The new policy also ‘calls on all unions on the basis of this policy to review their bi-lateral relations with all Israeli organisations, including Histadrut’. The motion was proposed by Unite the Union, and an amendment was proposed by the PCS.

Hugh Lanning, Chair of the Palestine Solidarity Campaign, and Deputy General Secretary of the PCS Union which moved the amendment, said:

‘Today British trade unions have decided not to buy into the Israeli occupation – not to buy goods from firms or work with organisations complicit with Israel’s illegal occupation, settlements and wall.

‘Israel must be made to honour international law. The UN, Obama and the EU should be making Palestine a reality not blocking their freedom.’

Hugh Lanning continued: ‘Companies are paying the price for their complicity with Israel’s crimes. Agrexco, infamous for exporting produce from Israel and the illegal settlements, has gone into liquidation.

Veolia has lost contracts worth millions of pounds. It is time for companies and organisations to recognise that they must end their complicity with occupation and war crimes.

The trade union movement was a central pillar of the struggle against apartheid in South Africa. And today, trade unions in Britain are taking the same principled stance – supporting peace and justice, and opposing racism and apartheid.’