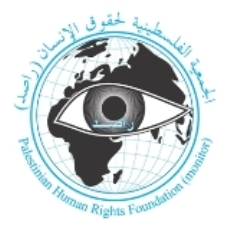 The Palestinian Human Rights Foundation reported Wednesday that its representative in Iraq was kidnapped by gunmen wearing the attire of the Iraqi Ministry of Interior.The foundation said that, on Wednesday evening, Qusai Abdul-Raouf was on tour documenting the increasing attacks carried out by the Iraqi Forces against the Palestinian refugees in Al Baladiyyat neighborhood in Baghdad.

During his documentation tour, a black tented shevorleh parked near him, and three gunmen wearing the attire of the Iraqi Forces, operating under the Ministry of Interior, violently placed him in their vehicle and drove away. His whereabouts remain unknown until the time of this report.

Palestinian refugees are subject to kidnap and murder in Iraq as some groups accuse them of being supporters of the former Iraqi President, Saddam Hussein.
Dozens of attacks were carried out against the Palestinian refugees since the war on Iraq in 2003 leading to the death, injury, and abduction of hundreds of refugees.

Earlier in August, the Palestinian ambassador in Iraq, Daleel Al Qassous, stated that the situation of the Palestinian refugees in Iraq is the worst compared to any other place on earth, adding that the number of Palestinians in Iraq dropped from 35.000 before the US-led war to 22.000, and continued to decline to 7.000.

Al Qassous stated that the refugees in Iraq are being attacked for being Sunni Muslims, and for allegedly supporting the former Iraqi president, Saddam Hussein.

He added that Iraqi leaders from different sects have being trying to ease the suffering of the refugees, and that he personally met with Sunni and Shiite leaders in the country in an attempt to find a solution to the crisis, and the ongoing assaults against Palestinian refugees in Iraq.

Al Qassous met with Grand Ayatollah Ali Sistani, spiritual reference and grand mufti for Shia Muslims all over the world.

“There are only 7.000 refugees in Iraq now, they are living in At-Tweija, Al Za’faraniyya, Al Doura and the city of Al Hurriyya”, the ambassador stated, “They are living in extreme poverty due to high living costs and the lack of work, the UN provides some services to them but their situation is very miserable”.