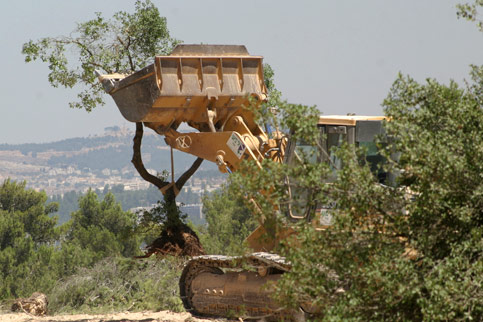 Khalifa also said that the Israeli bulldozers leveled lands in the northwestern part of the village, and uprooted one-hundred olive and fig trees in order to build a section of the Annexation Wall in the area .

He added that bulldozing the lands of the village started in September. Village lands are being taken over by Israel and its settlers, while the residents are being displaced and displaced for the benefit of the Israeli settlement construction, expansion, and construction of the Annexation Wall.