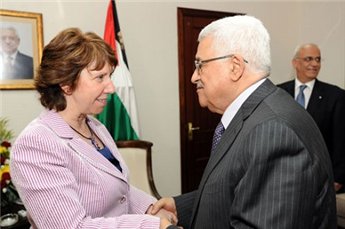 Palestinian Minister of Foreign Affairs, Riyad Al-Maliki, commented on the U.S Congress’ resolution on freezing USD 200 million in funds for the Palestinians, saying that the P.A has not yet received any official confirmation of the resolution.

“The Palestinian leadership must not give up to pressure and threat, whatever they are, because its position is strong and steady regardless of the dangerous consequences of this move,” he added after having met with the Palestinian diplomatic missions in the West Bank.

During the meeting of the Arab peace initiative committee, Palestinian President Mahmoud Abbas asked the Arab states to guarantee ongoing Arab funding to the P.A if the U.S halts its financial aid.

The kingdom of Saudi Arabia transferred USD 200 millions to Palestinians prior to the Palestinian move at the international body in the middle of September.

Last Saturday, the US Congress passed a resolution to freeze USD 200 million of aid for Palestine due to the Palestinian bid for UN statehood, and what was called ‘the refusal to revive stalled peace talks with Israel’.