Residents Hurl Shoes Us Convoy Of Diplomats In Ramallah 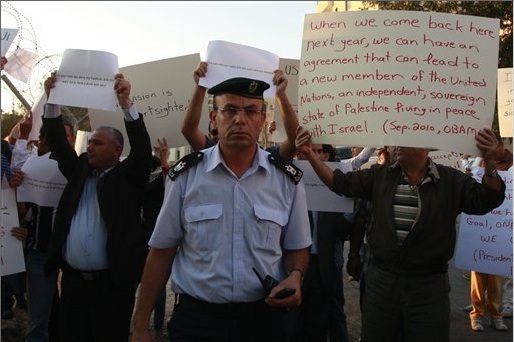 A number of Palestinians hurled their shoes at a convoy of US diplomats in the West Bank city of Ramallah in protest of the US foreign policy towards the Palestinians, the AP reported.The diplomats were in Ramallah for an event organized by the United States Aide and Development Agency (USAID) at a local restaurant, at which they would meet with several Palestinian organizations and businesses supported by the USAID.

Responding to Facebook calls, a number of youth gathered near the event location, and when the convoy arrived, they started throwing their shoes at them.

Other protesters held up placards reading: ‘We don’t want US money’ in reaction to a recent decision by the US Congress to freeze $200 million in aid to the Palestinian Authority in response to the Palestinian statehood bid at the UN.

The Palestinian police and security forces removed the youth from the scene, local sources said.