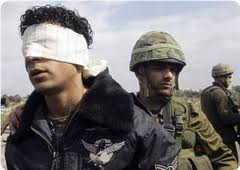 A Fatah media spokesperson said that during this past September, the Israeli army kidnapped a number of the village youth in attempts to suppress the weekly protest organized by Fatah against closing the main entrance of the village. The entrance has been closed for nine years.

He also said that Palestinians have the right to participate in non-violent protests, along with other rights that the army is trying to deny them.

He added that the protest in Kufor Qddom village will continue regardless of Israeli attempts to suppress it.