Al-Barghouthi: “There Should Be A Complete Cessation Of Settlement Construction, Not A Partial One” 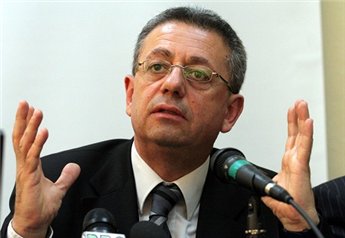 Secretary-General of the Palestinian National Initiative Movement, Dr. Mustafa Barghouthi, calls on the national consensus for the complete cessation of settlement activity, including Jerusalem, the Ma’an News Agency reported.In a statement to Ma’an, he claimed that some of the international suggestions about the partial freezing of the settlements in exchange, the resumption of the negotiations, are nothing but a waste of time. He assured everyone that if there was any serious intention from the international parties to continue the peace process, they have to force Israel into a complete cessation of settlement building.

He explained that the Quartet has to work seriously in order to force Israel to stop the settlements, and to determine the reference of the peace process. This is in order to guarantee the ending of the Israeli occupation of the Palestinian Territories, which were captured in the Six-Day War in 1967, along with Jerusalem.

Al-Barghouthi also expressed his shock from such proposals that aim to go back to the negotiations, in light of the Israeli announcement of the building of four thousand settlement units in Jerusalem.