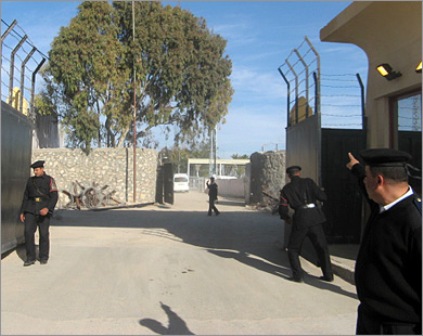 An Egyptian source reported Thursday that the Egyptian Embassy in Gaza will be reopened in the near future, following the implementation of the Palestinian Unity Agreement, and due to what was described as the current calm in the situation in Cairo.Talking to the Pal-Today, a Palestinian online daily, the official, who was not named in the report, stated that reopening the embassy in Gaza will ease the suffering of the Gazans who need to travel, and added that Egypt will gradually end the file of Palestinians who are not allowed to enter the country.

The file in question was made by the previous leadership of the Egyptian Security Forces that operated under the rule of the former Egyptian President, Hosni Mubarak, who was removed from his post by the Egyptian revolution in February of this year.

The official further stated that special treatment will be granted to patients and other urgent cases.

“We are granting hope to the people of Gaza,” the official said. “People will be able to travel without restrictions on a number of travels.”