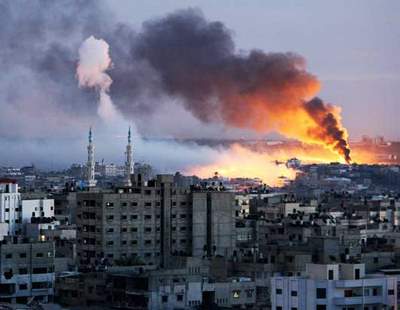 Palestinian Medical Sources in the Gaza Strip reported that one resident was seriously wounded on Wednesday morning, after the Israeli army opened fire at him east of Gaza city.The sources stated that the resident, in his twenties, was shot in the thigh, and he was moved to a nearby hospital for treatment.

On Tuesday, two Palestinians, including one child, were injured after the Israeli army invaded an area east of the Al-Boreij refugee camp, in the central Gaza Strip.

Furthermore, soldiers invaded an area east of Gaza city and opened fire; damage was reported, but no injuries were.

On Sunday, Adham Abu Salmiyya, spokesperson of the Higher Committee for Medical and Emergency Services in Gaza, reported that in 2011, Israeli soldiers killed 19 children and injured more than 200, in air strikes and bombardment targeting the Gaza Strip.

Last September, the Palestinian Centre for Human Rights in Gaza reported that 5,151 Palestinian civilians were killed by Israeli fire and shells since the Al Aqsa Intifada started in September 2000.

The numbers do not include Palestinians killed in armed confrontation with the Israeli army in the Gaza Strip and the West Bank.

One third of civilians were killed within the West Bank, and two thirds in the Gaza Strip. One in four was children, and 5.5% (nearly four hundred) were women.

Of the civilians killed in the West Bank, children make up one in five (343 deaths), with the children of Gaza making up 28% (939) of the civilian deaths. An estimated 84 children have also been killed in Gaza during assassination operations carried out by the Israeli army against armed resistance fighters and senior political leaders.