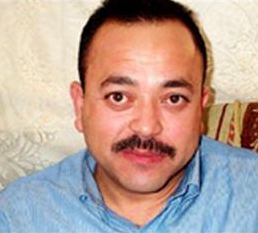 On Wednesday at dawn, Israeli soldiers kidnapped an elected Palestinian legislator, identified as Ayman Daraghma, from Ramallah. Daraghma is a member of the Hamas Change and Reform Bloc, the largest bloc at the Palestinian Legislative Council.At approximately two a.m. on Wednesday, troops broke into the home of Daraghma, in Al Masayef neighbourhood in Ramallah. They searched the property and arrested the legislator after informing him of a military warrant for his arrest.

The wife of Daraghma stated that her husband previously spent at more than twenty months in Israeli prisons before he was released nearly a year ago.

The number of elected Palestinian Legislator currently imprisoned by Israel is 24; most of them are members of the Change and Reform Bloc.

The Change and Reform Bloc is the largest parliamentary block, since Hamas achieved a majority in the 2006 elections; Israel obstructed the work of the Council by kidnapping and imprisoning the elected officials.