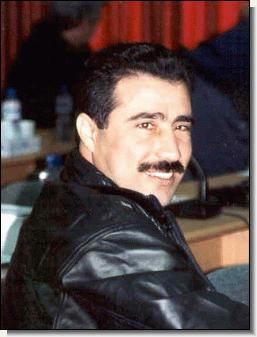 The Palestinian Prisoners Society (PPS) reported that the Israeli Ofer Military Court sentenced, Thursday, former legislator Husam Khader to three months under administrative detention without charges filed against him. The Israeli Prosecution intended to imprison Khader for at least six months, but the court accepted an appeal filed by his lawyer, reducing Khader’s imprisonment to just three months.

Lawyer Jawad Boulos, head of the Legal Unit at the PPS, stated that an appeal will be filed against the court’s decision to imprison Khader for three months, and to demand his immediate release, as charges have never been filed against him.

Khader is a member of of President Mahmoud Abbas’s Fateh movement , and is well known for his involvement in political activities since he was a youth and a college student.

He has been shot and wounded by the Israeli army twice. Once in his left shoulder in 1981, and the second time in his right leg in 1987.

He was abducted by the Israeli army on January, 13, 1988, a few months after the first Palestinian Intifada started. Israel then forced him into exile by expelling him to southern Lebanon. He returned to the West Bank on April 5, 1994 following the Oslo Accords.

Khader was then abducted by the Israeli Army again on March, 17, 2003, after the Israeli army broke into his home by detonating its front door, at dawn, and violently searched the property leading to excessive damage, including holes in the walls of his home.

He was sent to Petah Tikva Israeli interrogation facility where he was interrogated and tortured for 90 days. He was released from prison in September 2008.

Earlier in June this year, soldiers broke into the home of Khader, in Balata refugee camp in Nablus, and abducted him once more.

Earlier this month, the Ofer military court delayed the hearing into the case. The hearing was supposed to be conducted in order to make a decision on whether or not renew his administrative detention for six months.