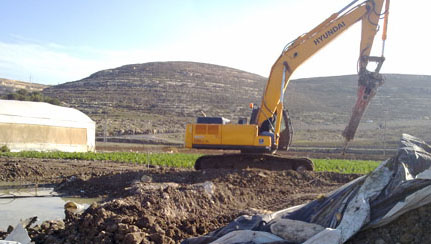 The 27th of December marks the third anniversary of the commencement of Operation Cast Lead, Israel’s 27 December 2008 – 18 January 2009 offensive on the Gaza Strip. The PCHR believes that Israeli forces committed serious violations of IHL and IHRL over the course of the offensive. Violations entailing individual criminal responsibility include – but are not limited to – the crimes of willful killing, the extensive destruction of civilian property, the direct targeting of civilians and civilian objects, the use of human shields, and the launching of indiscriminate attacks.

The PCHR calls upon the UN Security Council, acting under Chapter VII of the UN Charter, to refer the situation in Israel and Palestine to the International Criminal Court. The PCHR also reminds States, as High Contracting Parties to the Geneva Convention, of their pressing legal obligation, to search for and prosecute all those suspected of committing war crimes, regardless of their nationality.

During the reporting period, Israeli forces killed a Palestinian resistance fighter and wounded 10 Palestinians, including two children in the Gaza Strip.

On 27 December 2011, Israeli forces extra-judicially executed a Palestinian resistance fighter and wounded another one and 3 civilian bystanders, including a child. An Israeli drone fired a missile at two fighters of a Salafist group who were traveling on a motorcycle opposite to Concorde Gallery near Abu Sharekh Square in the northern Gaza Strip town of Jabalya. As a result, one of the fighters was killed, and the other one was wounded by shrapnel to the chest. Additionally, 3 civilian bystanders, including a child, were wounded. Two houses and 4 shops were also damaged, and a civilian car was completely destroyed.

On the same day, an Israeli aircraft fired a missile at a civilian vehicle, in which 4 Palestinian resistance fighters were traveling, in al-Jalaa’ Street in the north of Gaza City. As a result, the four fighters were wounded, one of them sustained a serious wound. Additionally, a civilian bystander was lightly wounded.

Also on the same day, a Palestinian child was wounded by Israeli gunfire in the central Gaza Strip.

On 23 December 2011, Israeli forces fired 3 artillery shells at agricultural areas to the east of the southern Gaza Strip town of Khan Yunis. No casualties were reported.

During the last week, Israeli forces conducted 32 incursions into Palestinian communities in the West Bank, during which they abducted 28 Palestinians, including 4 children and a university professor.

In an example of this week’s invasions, on Thursday, 22 December, at approximately 02:00, Israeli forces moved into Beit Ummar town, north of Hebron. They raided and searched a house belonging to Wajeeh Hmaid Abu Maria, and abducted his two sons: Ahmed, 18; and Mohammed, 17. At the same time, Israeli forces raided a house belonging to the family of Mohammed Saqer Abu Maria, 20, to abduct him but he was not there. Israeli soldiers attempted to hold his sister as a hostage to force to him to surrender, but the family intervened and prevented them. So, Israeli soldiers confiscated the ID card of his brother, Napoleon, 25.

On the same night, at approximately 02:00, Israeli forces moved into Jenin refugee camp. They raided and searched a number of houses and abducted 8 Palestinian civilians to question them in regard to the death of a Palestinian theatre director who held Israeli citizenship, Juliano Mir Khamis, who was shot dead on 04 April 2011. The detainees were released a few hours later.

These are just two examples of this week’s 32 invasions by Israeli forces into West Bank towns and villages, most of which occurred in the early hours of the morning while people were sleeping.

During the reporting period, Israeli forces demolished a house and destroyed 5 wells, 4 water tabks and 4 agricultural rooms in Ethna village, west of Hebron, claiming that they were established without licenses. They also confiscated some agricultural equipment.

Following the Friday Prayer on 23 December 2011, dozens of Palestinian civilians and international and Israeli human rights defenders organized a peaceful demonstration in Bil’ein village, west of Ramallah, in protest to the construction of the annexation wall and support for efforts to achieve national reconciliation between Hamas and Fatah movements. They raised the Palestinian flag and called for ending political division. They then moved towards areas of Palestinian land, which the Israeli High Court ordered to be returned to their Palestinian owners. Israeli soldiers stationed in the area fired rubber-coated metal bullets, sound bombs and tear gas canisters at the demonstrators. As a result, a number of civilians suffered from tear gas inhalation.

Also following the Friday prayer on 23 December 2011, dozens of Palestinian civilians and Israeli and international human rights defenders gathered in the center of al-Nabi Saleh village, northwest of Ramallah, to start the weekly peaceful protest against the construction of the annexation wall and settlement activities. The protesters walked towards the gate erected by Israeli forces near the entrance of the village and leading to Palestinian lands that Israeli settlers from the nearby ‘Halmish’ settlement are trying to seize. Israeli soldiers who had been extensively deployed in the area and near all the entrances of the village since the morning, began to confront the protesters who wanted to walk towards the affected lands. Israeli soldiers fired live and rubber-coated bullets, sound bombs and tear gas canisters at the protesters. As a result, Waleed Yousef al-Barghouthi, 22, was wounded by a bullet to the foot, and dozens of civilians suffered from tear gas inhalation.

Also following the Friday Prayer on 23 December 2011, dozens of Palestinian civilians and international and human rights defenders organized a peaceful demonstration in Ne’lin village, west of Ramallah, in protest against the construction of the annexation wall. They clashed with Israeli troops positioned near the annexation wall. Israeli soldiers fired rubber-coated metal bullets, sound bombs and tear gas canisters at demonstrators. As a result, a number of demonstrators suffered from tear gas inhalation.

Due to the number and severity of Israeli human rights violations this week, the PCHR made several recommendations to the international community. Among these was a recommendation that the High Contracting Parties to the Fourth Geneva Convention comply with their legal obligations detailed in Article 146 of the Convention to search for and prosecute those responsible for grave breaches, namely war crimes.

In addition, the PCHR called for the immediate implementation of the Advisory Opinion issued by the International Court of Justice, which considers the construction of the Annexation Wall inside the West Bank illegal.

The PCHR recommends that international civil society organizations, including human rights organizations, bar associations and NGOs, participate in the process of exposing those accused of grave breaches of international law and urge their governments to bring the perpetrators to justice.