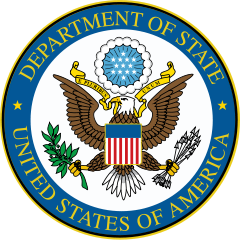 The U.S. Government has criticised, on Tuesday, the recent announcement by the State of Israel’s inclusion of 70 West Bank settlements in its list of areas to received subsidies towards development costs.Israeli Prime Minister Benjamin Netenyahu announced, on Sunday, that 557 rural areas would receive government subsidies that could reach upwards of 70% of the cost to develop these areas. Included were 70 settlements in the West Bank.

The Israeli government stated that their intention is to encourage migration to these areas.

U.S. State Department spokesman Mark Toner reiterated that stance of the U.S. government has not changed and that the continued expansion of settlements in the Occupied Palestinian Territorries harms prospects of the Israeli government and the Palestinian Authority returning to peace talks.

Recent preliminary talks between the two parties in Amman, Jordan, failed to progress as Israel did not meet the deadline to propose a route for the potential borders necessary for a two state solution to progress. Since its inception in 1948. the State of Israel has never declared its borders, and is the only sovereign state in the world not to have a set boundary in place.