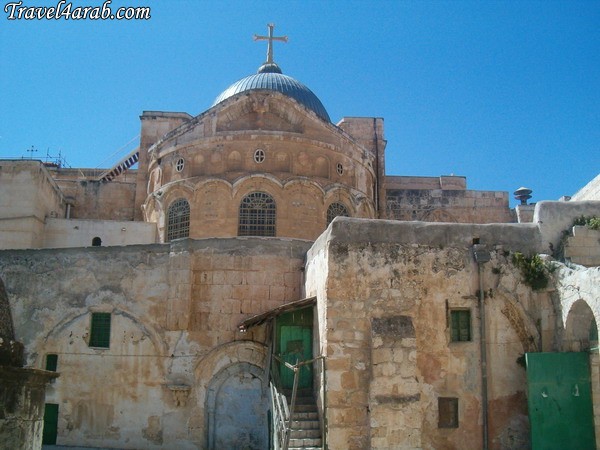 Israeli Police spokesperson, Micky Rosenfeld, stated Tuesday that extremist Israeli settlers carried out another “price tag” attack, this time targeting a Christian Monastery in Jerusalem’s Valley of the Cross Monastery. The attack took place despite the fact that the location is close to the Israeli Parliament in the city.

The settlers wrote ‘Death To Christians’ in Hebrew on the exterior walls of the Monastery of the Cross, an ancient church in occupied Jerusalem.

Also, “Death to Arabs” graffiti was sprayed on a wall of a school in another part of Jerusalem; the wall is outside a bilingual school known as “Hand in Hand”, the Newser reported.

The Newser added that other graffiti, including “Mohammad is a pig” and other racist slogans were sprayed near a gas station in an Palestinian town in the West Bank.

The Associated press reported that the “Maccabees of Migron” graffiti was also painted on the Monastery. This ‘Maccabees’ term refers to “ancient Jewish heroes’ who fought against the Greek/Macedonian Seleucid dynasty.

Migron, in modern terms, refers to an illegal settlement outpost that Israel decided to evacuate, and a court order was issued in this regard.

Extremist Israeli settlers use the “Price Tag” slogan to refer to “retaliatory” attacks that they usually carry out against the Palestinians whenever Israel removes an illegal settlement outpost in the occupied territories.

“Price Tag” attacks were also carried out against Israeli peace activists, including members and property of Peace Now group.

Most of the Price Tag attacks carried out by the settlers targeted mosques, including burning mosques down, but also developed to include attacks against Israeli military bases and Christian sites.

Extremist Israel settlers, mainly youth groups, are believed to be involved in numerous Price Tag attacks that have escalated in the last two years.

These attacks also include uprooting, cutting and burning Palestinian orchards, and burning several mosques and a few churches.