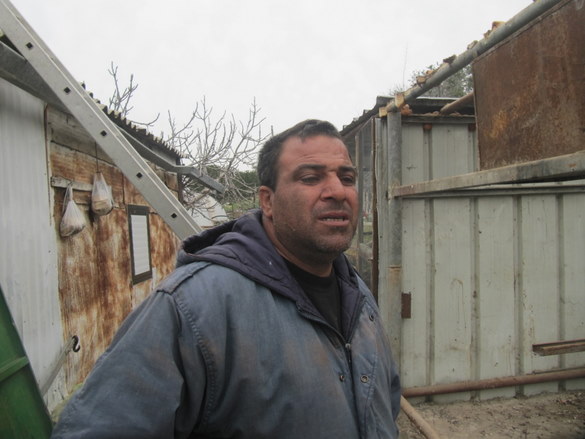 After Israel informed them of its intentions to demolish their homes, members of the Hardan family in al-Fredees village, near Mount Carmel in the north of the 1948 territories, started demolishing their own homes, east of the village, in order to avoid the excessive penalties and fines that would be imposed upon them.The so-called Construction and Planning Committee claimed that the buildings were erected without construction permits, and have been scheduled to be demolished, in addition to the family being forced to pay up to NIS 500,000 (approx. $135,000) should family members refrain from demolishing their own homes at their own expense.

The Arabs48 news website reported that the homes in question were built using tin many years ago on 4 dunams of land (approx. 1 acre) that the family owned prior to Israel being established in historic Palestine in 1948.

The land was owned by the mother, Najma Hardan, who died just a few months ago, leaving the properties for her children. Her son, Samir, stated that his late father built the homes when he was working in agriculture, and owned livestock.

In the 1990’s, Israel imposed excessive fines on the family, and issued orders to demolish the structures.

Samir added that several officials, including the engineer of the local council promised to resolve their issue, but nothing happened on the ground.

Younis Mer’ey, head of the village council, stated that he tried to help the family out, but was unable to do so as the case was taken over by the District Council. He also tried to have the demolition delayed until the end of this winter, but his efforts were not successful.

“I personally had to demolish a small structure that was built in front of my house, I didn’t want to face these unbelievable fines,’ he said. “Now, I asked this family to demolish their homes, it will never be easy, but much cheaper than facing the fines, and the costs of having the Planning Committee demolish them.’