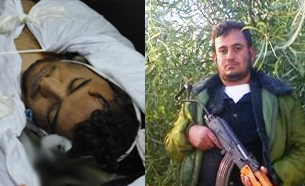 The Al-Quds Brigades, the armed wing of the Islamic Jihad, reported that one of its fighters was killed, on Tuesday evening, during what it described as a “jihadist mission” in Rafah, in the southern part of the Gaza Strip.The Brigades identified the fighter as Salem Abu Sahllouf, 25, and added that its fighters “will always remain determined to fight for the liberation of their country and people”.

It further stated that “armed resistance is the only means to liberate Palestine from the Israeli occupation”.

On Sunday evening, the Salah Ed-Deen Brigades, the armed wing of the Popular Resistance Committees, reported that one of its fighters was killed during a training accident also in Rafah, in the southern part of the Gaza Strip.

The Brigades said that Ali Abu Aathra, aged 20, was killed after he fell off a vehicle during training.

Several fighters, members of different armed groups, were killed during similar accidents in the Gaza Strip.

Earlier on Sunday, a 71-year-old man was killed, and two residents were wounded, when the Israeli Air Force fired several missiles into an area east of Az-Zeitoun neighborhood, in Gaza City.