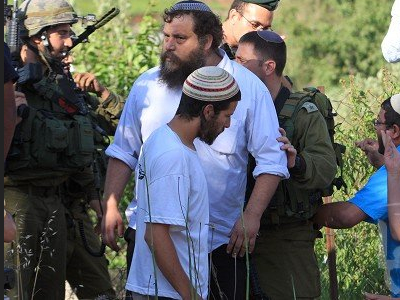 The KAIROS Canada group said in a statement published on Monday that the Canadian Government can play a positive role in the Middle East by urging Israel to resume peace talks with the Palestinians.“KAIROS: Canadian Ecumenical Justice Initiatives believes that the government of Canada can play a positive role in the region by urging the Israeli government to support peace talks grounded in international law. This includes renewed Canadian support for the long-established international consensus that a Palestinian state be established within the pre-1967 borders,” the statement said.

The group said that Canada must honour its International obligations by exerting more effort to bring the two parties back to the negotiations table in the framework of the International law, indicating that the official Canadian position supports the two-state solution based on the pre-1967 borders.

The statement said that the Canadian Minister of Foreign Affairs John Baird, who has recently visited Israel and the Occupied Palestinian Territories has reiterated the Israeli government position by demanding the Palestinians to get back to negotiations without preconditions. The Palestinians insist that Israel must stop all settlement activities before they can resume peace talks.

The Canadian Government’s position has been very supportive of the Israeli settlement policy and other policies against the Palestinian People, the statement said, adding that this is evident through the “recent Canadian votes at the United Nations in defense of Israel’s settlement expansion, the withdrawal of funds from both Israeli and Palestinian human rights organizations working for Palestinian rights, and the recent demands of Canada’s Foreign Minister that the Palestinian leadership remove any preconditions before restarting peace talks.”

The statement reiterated the groups stand regarding peace in the region. “KAIROS has long agreed with Canadian foreign policy that a sustainable peace with justice requires the recognition and implementation of the Palestinian right to self determination, including the right to establish a fully sovereign, viable Palestinian state. It also requires the recognition of Israel’s existence as a sovereign state within internationally recognized borders,” the statement read.