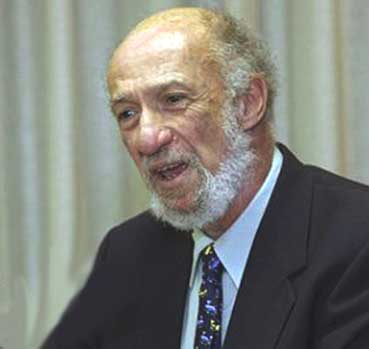 After a recent increase in Israeli settler attacks against Palestinian civilians, property and holy sites, the UN envoy Richard Falk arrived in the West Bank this weekend to begin an eleven-day tour of the Palestinian Territories to examine the situation.The tour comes in the midst of unity talks between the two main Palestinian political parties, Hamas and Fateh, including a meeting over the weekend between Palestinian President Mahmoud Abbas, with the Fateh party, and Hamas leader Khaled Meshaal in Qatar.

In his tour of the West Bank and Gaza, which began Friday, Falk has been gathering evidence and testimony to use in his June report to the United Nations Human Rights Council.

He issued a statement through the United Nations stating, “This mission will focus particularly on the right of the Palestinian people to self-determination, the human rights implications of prolonged refugee status, disturbing patterns of violence by Israeli settlers against Palestinians and their properties, as well as the conditions and treatment of Palestinians detained by Israel.”

Falk is meeting with government and inter-governmental officials, human rights defenders, and representatives of non-governmental organizations working on human rights issues, and plans to hold a press conference in Amman, Jordan on February 20th, at the conclusion of his tour.

Richard Falk was selected as the UN Special Rapporteur on Human Rights in the Palestinian Territories in 2008 – the position was established by the United Nations in 1993, in the wake of the Oslo Agreement that was signed that year and was supposed to be the beginning of a two-state solution.

His visit to the Israeli-occupied Palestinian Territories comes in the wake of a tour conducted by the UN Special Rapporteur on the right to adequate housing, Raquel Rolnik, who wrote in her report that “Israel’s land and planning regime has discriminated against certain groups on the basis of their ethnic origin,” and noted Israel’s “frontiers of dispossession” in the West Bank and Jerusalem.