Despite Domestic Cuts, U.S. Aid To Israel Up By $25 Million In Proposed Budget 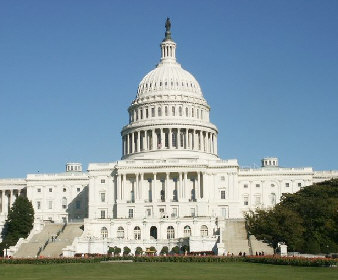 An examination of the proposed U.S. budget submitted by President Barack Obama to the U.S. Congress this week shows that although billions of dollars will be cut from domestic programs and the U.S. military, annual aid to Israel remains intact, and includes an increase of $25 million from last year.Last year, the U.S. government gave $3.075 billion in unrestricted aid to Israel, and this year’s proposed budget includes $3.1 billion. This aid is given in addition to around $3 billion in loan guarantees which, unlike other loans, do not have to be paid back.

The cuts in this Congressional budget include an 18% cut in aid to former Soviet republics in Eastern Europe, all of which have much lower GDPs than Israel. In fact, Israel is the only country receiving US aid to be above the 50th percentile economically – Israel is ranked in the richest one-third of countries in the world.

The U.S. State Department will receive a 10% decrease in funding for its programs in Iraq, despite the increased role of the State Department following the withdrawal of the U.S. military. U.S. combat operations overseas will be cut 23%, largely due to the military pullout from Iraq.

President Obama proposed the budget, which equals $3.8 trillion and includes over $1 trillion in cuts, in order to address the massive deficit left by former President George W. Bush. A bi-partisan committee, known as the ‘budget supercommittee’, tasked with recommending cuts last October failed to reach an agreement on what to cut, leaving it up to the President to propose a budget that would significantly reduce the deficit.

U.S. aid to Israel has been a part of each annual Congressional budget since 1967, and the amount has increased over time. Upon taking office, Obama recommended that U.S. aid to Israel continue at the $3 billion a year rate for the next ten years, totaling at least $30 billion (without counting loan guarantees and gifts of weaponry). The U.S. Congress overwhelmingly agreed with this assessment.