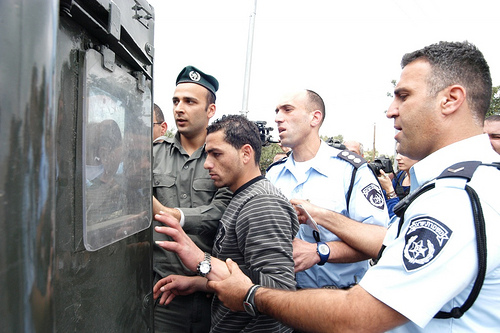 A Palestinian Medic was injured on Sunday evening, while eight Palestinian civilians were arrested on Monday morning during separate Israeli attacks targeting West Bank communities.The Palestinian Civil Defense announced on Monday that ambulance teams and medic came under attack on Sunday evening by Israeli troops as they were evacuating civilians near Qalandiya checkpoint at the entrance of Ramallah city in central West Bank.

Last week according to the Palestinian Center for Human Rights, PCHR, the Israeli military conducted at least 74 military invasions into Palestinian communities in the West Bank, during which they arrested 21 Palestinian civilians, including one child.