Israel Will not Attack 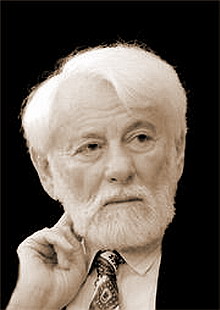 Israel will not attack Iran. Period.The United States will not attack Iran. Period.The United States will not attack. Not this year, nor in years to come. For a reason far more important than electoral considerations or military limitations. The United States will not attack, because an attack would spell a national disaster for itself and a sweeping disaster for the whole world.’If you want to understand the policy of a country, take a look at the map,’ said Napoleon. Minutes after an attack is launched, Iran will close the Strait of Hormuz, through which passes almost all the oil exported by Saudi Arabia, the United Arab Emirates, Kuwait, Qatar, Bahrain, Iraq and Iran – 40% of the world’s sea-borne oil passes through the strait. A few minutes after that, oil prices will rise, will double, triple or quadruple – and the U.S. and global economy will collapse.

Such small issues do not cross the minds of generals, military commentators and other wise guys who look at the world between narrow ‘security’ blinkers.

Closing the Strait would be the most easy of military operations. A few missiles, launched from either the sea or the land, would do it. To reopen it, it would not be enough to send the US Navy’s mighty aircraft carriers on show cruises. The United States would have to conquer large parts of Iran, so as to put the Strait out of range of the Iranian missiles. Iran is larger than Germany, France, Spain and Italy combined. It would be a long war, something on the scale of the Vietnam War.

For Iran, there is no difference between an Israeli attack and an American attack. They would be treated as one and the same. In both cases, the consequence will be the blocking of the Strait and a large scale war.

All of which is more than enough for the United States not to attack, and to forbid Israel from attacking.

It’s 56 years since Israel went to war without giving notice to the Americans and getting their consent. When Israel did this in 1956, President Eisenhower took away all the achievements of victory, to the last millimeter. Before the Six Day War and on the eve of the First Lebanon War, the government of Israel sent special envoys to Washington to ensure unequivocal consent. If this time it did attack against the Americans’ will, who would restock the IDF armories? Who would protect the cities of Israel, which would be exposed to many tens of thousands of missiles from Iran and its proxies? Not to mention the wave of anti-Semitism which can be expected to burst out once the American public finds out that it was Israel, and Israel alone, which brought upon them a national disaster.

American diplomatic and economic pressure might be sufficient to stop the ayatollahs’ gallop towards the Bomb. It worked in Gaddafi’s Libya and is now happening in the North Korea of Kim. The Persians are a nation of merchants, and it might be possible to formulate a deal which would be worth their while.

This is questionable, because a few years ago the Neo-Conservatives in Washington engaged in glib talk about how easy it would be to occupy Iran – which surely convinced the Iranians that they must acquire the ultimate weapon of deterrence. What would we have done in their place? Or rather, what did we actually do (according to foreign reports, etc.) when we were in their position?

So what is going to happen? If no deal is reached, Iran will develop nuclear weapons. That’s not the end of the world. As has been pointed out by some of our more courageous security chiefs, this is not an existential threat. We’ll live in a situation of a balance of terror. Like America and Russia during the Cold War. Like India and Pakistan now. Not pleasant, but not too terrible, either.

Iran has not attacked any other country in a thousand years. Ahmadinejad talks like a wild demagogue, but the Iranian leadership actually treads very carefully. Israel does not threaten any Iranian interest. Joint national suicide is not an option.

Education Minister Gideon Sa’ar boasted, and rightly, that Netanyahu had managed to distract the whole world’s attention, away from the Palestinians and to the Iranian problem. A fantastic success, indeed. Obama in effect tells him: OK, go and play with settlements as much as you want, but please leave Iran for the adults.

This Article was published first on Haaretz Hebrew; IMEMC ran it on prison by the author