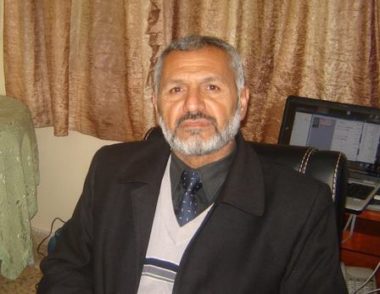 Detained elected Palestinian Legislator, Mohammad Abu Jheisha, was moved from the Ofer Israeli prison to the Negev detention camp, in the Negev desert, but the administration there refused to admit him due to his bad health condition.Abu Jheisha, member of the Change and Reform Bloc of the Hamas movement, was later sent to the Nafha prison, instead of being hospitalized due to his deteriorating health condition.

The MP suffers from diabetes and high blood pressure (hypertension), and his health condition is gradually deteriorating.

The democratically-elected legislator was kidnapped from his home in Ithna village, west of the southern West Bank city of Hebron on August 21, 2011. He has been imprisoned under Administrative Detention that has been repeatedly renewed without charges.

Last month, Abu Jheisha received an additional four month extension to his initial administrative detention of four months, for the third consecutive time without any charges being pressed against him. The official has been repeatedly abducted and imprisoned by Israel and has spent more than 10 years in Israeli prisons and detention camps.