US Threatens To Cut All Aid To Palestinian Authority 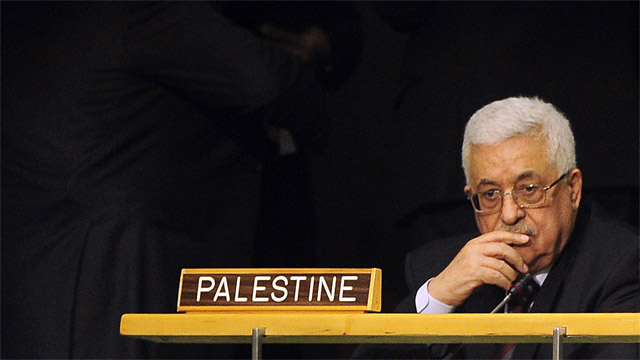 On Tuesday Khaled Mesmar, head of the Political Committee of the Palestinian National Council, reported that an official statement issued by Washington had been received demanding that if another membership bid was put to the United Nations, then all financial aid to the Palestine Liberation Office in Washington would be cut. Mesmar stated that the threat was issued officially via the American administration envoy who visited Ramallah recently and met with the Palestinian president Mahmoud Abbas.

The initial bid for membership was blocked in September 2011 when the UN Security Council was put under pressure by the American delegation not to vote for it.

Mesmar reported that the Palestinian leadership would withold its UN bid for statehood if Israel stopped building settlements and released the Palestinian prisoners that were detained before the Oslo’s agreement of the 1993.

Illegal settlements have been the major obstacle to all negotiations. Despite settlements being illegal under the fourth Geneva convention and being in defiance of UN resolutions and the world court, Israel refuses to halt their construction, making negotiations impossible.

The US is demanding that the Palestinian Authority resumes talks without pre-conditions. Mesmar stated that rather than the halting of settlement construction being a Palestinian pre-condition, it is a commitment that Israel must undertake in accordance with the rule of law.

The importance of a fresh UN bid has taken on huge significance since last October, when UNESCO voted to admit Palestine as its newest member. The US immediately cut off all aid to UNESCO . The chairman of the House Foreign Affairs Committee referred to vote which passed with a 107 to 14 majority, as “reckless and anti-Israel”.