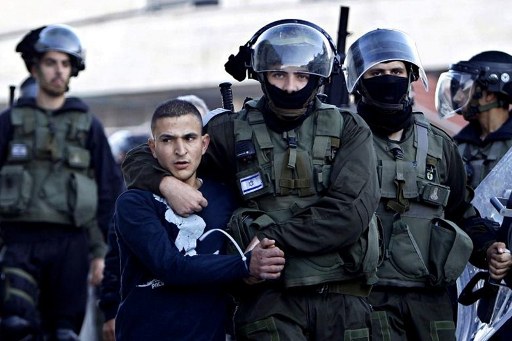 Three more Palestinians were kidnapped in Palestinian lands, near the fence separating between Gaza and Israel.

The center added that the army kidnapped 85 children and seven women in the occupied West Bank, in addition to six Palestinian legislators; the number of kidnapped democratically-elected legislators is now 14.

Furthermore, the Israeli Prison Administration at the Ofer prison, near the central West Bank city of Ramallah, informed the detainees that it intends to increase the number of detainees per room due to the large number of arrests, and also installed tents in the prison compound.

Detention rooms at the Huwwara prison, in the northern part of the West Bank, are now overcrowded due to the sharp increase of arrests carried out by the military.