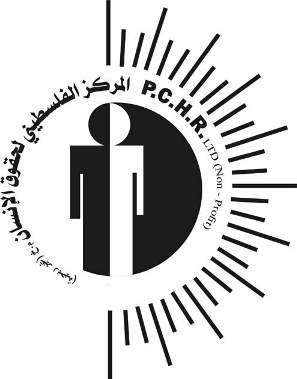 The Palestinian Centre for Human Rights (PCHR) condemns the raids of the offices of three civil and human rights organisations in Ramallah in the West Bank by Israeli Occupation Forces. The organisations affected were the Palestinian NGO Network, the Union of Palestinian Women’s Committees, and Addameer Prisoner Support and Human Rights.Israeli soldiers searched the offices and confiscated a number of items. PCHR believes that these raids are an act of Israeli aggression against the occupied Palestinian territory (oPt).

According to the findings of investigations by PCHR, at approximately 03:00 on Tuesday, 11 December 2012, Israeli forces, accompanied by military vehicles, moved into Ramallah. They broke the front gates and stormed the Sabat building, in al-Masyon neighborhood in the centre of Ramallah, where the offices of Addameer Prisoner Support and Human Rights and the Palestinian NGO Network are located.

During the raid, Israeli soldiers searched the offices, employees’ desks and the work files of the two organisations. Before withdrawing, they confiscated a number of PCs and laptops from the Documentation and Search Unit of from Addameer, files and documents from the Media Unit, and a memory card, a hard drive, a video camera and papers related to the organisation’s work.

At the same time, a unit of Israeli forces stormed the Headquarters of the Union of Palestinian Women’s Committees, in the Ahmed Ryad building, near Palestine Public Health Complex, in Qadoura Refugee Camp, in Ramallah.

Soldiers broke the front gate of the Headquarters, broke in the office doors, searched the offices and interfered with the contents of the office. During the raid, Israeli soldiers confiscated 7 laptops, 3 PC hard drives, the internet server and a number of other items. They also stole nearly NIS 3000.

PCHR strongly condemns this attack by Israeli forces against civil society organisations in the West Bank, and reiterates its call to the international community and the High Contracting Parties to the Fourth Geneva Convention to take serious measures to put an end to Israeli crimes against Palestinian civilians and against Palestinian civil society organisations.