Army Breaks Into Homes Of Former Detainees In Nablus 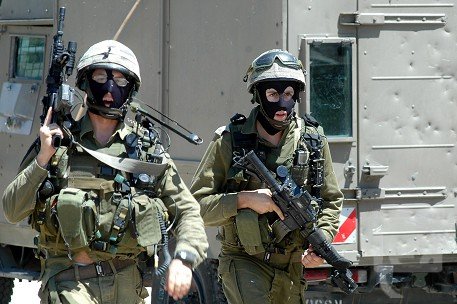 Friday at dawn February 1; Israeli soldiers invaded the northern West Bank city of Nablus, and the Balata refugee camp, east of the city, and broke into homes of several prisoners and former political prisoners.Local sources reported that the soldiers violently broke into the homes, and searched them leading to excessive damage; no arrests were reported.

One of the homes belongs to journalist Amin Abu Warda in the Al-Quds Street, near the southern entrance of the Balata refugee camp.

The army broke into his home, approximately at 3 at dawn, held his family in one room and interrogated them.

Abu Warda is currently imprisoned by Israel; he was kidnapped from his home on December 28, 2012.

He is a well-known reporter and blogger who was repeatedly kidnapped and imprisoned by the army.