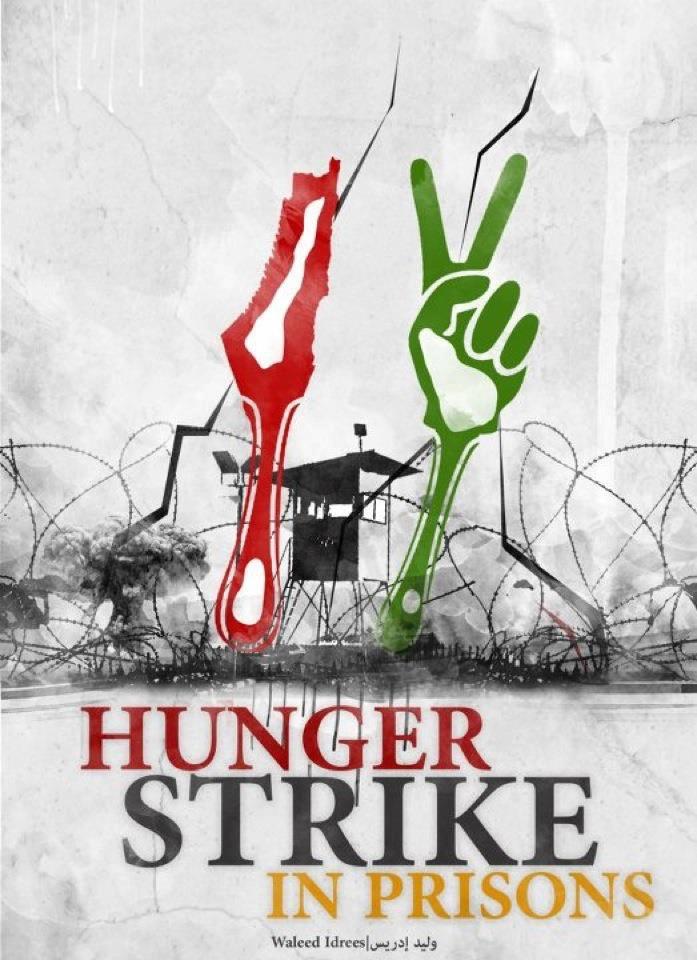 The Palestinian Prisoners Society (PPS) reported Wednesday that 360 Palestinian detainees will be holding a one-day hunger strike in solidarity with the hunger striking detainees.The strike will be conducted on Thursday by returning the meals in an initial step towards further measures in protest to the escalating Israeli violations.

The PPS said that 360 detainees at the Ramon Israeli prison, and detained Islamic Jihad leaders in all Israeli prisons and detention facilities, will be holding the one-day hunger strike this Thursday.

The strike will likely escalate to include all detainees in Israel’s detention centers due to the ongoing Israeli violations and in solidarity with detainee Samer Al-Eesawy.

Al-Eesawy has been on hunger strike for close to six and a half months, demanding his release as he is being illegally held without charges or trial.

He is currently in a very bad, and continuously deteriorating, health condition; his internal organs are starting to shut down, he is vomiting blood, can barely talk and when he does it is very difficult to understand what he is saying.

Israel is currently holding captive more than 4600 Palestinians, including 182 children and 11 women, in addition to 1200 detainees who are ill, including 20 who are continuously held at prison clinic

There are 1200 detainees who suffering from different diseases and health conditions, including cancer, and are not receiving the adequate and specialized medical care they require.

20 of them are continuously staying at the Ramla Prison Clinic that lacks specialists, basic equipment and supplies, 18 detainees suffer from cancer, liver failure, or heart conditions, and 85 detainees who suffer from physical or mental conditions.