Palestinian Youth Injured After Being rammed By Military Jeep 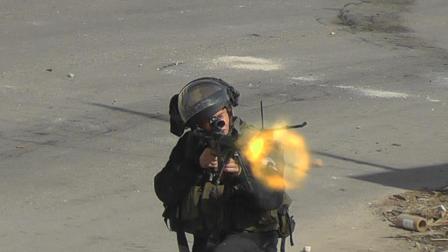 Sunday Evening January 24, 2013; A Palestinian youth man suffered a fracture in his led after being rammed by an Israeli military jeep during clashes that took place between the soldiers and several Palestinian youths near the Al-Jalama Israeli military roadblock, north of the northern West Bank city of Jenin.The clashes took place after the army attacked Palestinians protesting the death of detainee Arafat Jaradat in an Israeli detention facility, and in support of Palestinian detainees holding hunger strike in Israeli prisons.

Medical sources reported that an Israeli military jeep rammed the youth, Odai Hatem Zakarna, 16, in the leg after chasing him.

Also, dozens of Palestinians have been treated for the effects of teargas inhalation, while several others have been shot by rubber-coated metal bullets fired by the soldiers.

The detainee, Jaradat, from the southern West Bank city of Hebron, died Saturday, after being subject to harsh interrogation methods and torture since he was kidnapped a week ago, the Palestinian Prisoners Society (PPS) reported.

Several injuries have been reported during clashes that took place in different parts of the occupied West Bank after Israeli soldiers attacked similar protests.