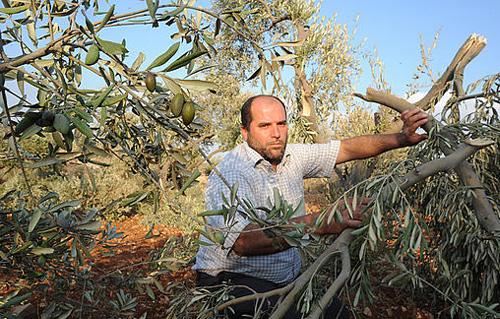 The Palestine News Network (PNN) has reported that a number of extremist Israeli settlers cut, on Tuesday morning, nearly 60 Palestinian olive trees that belong to a resident of Nahhalin town, in the Bethlehem District.Owner of orchard, Taha Fannoun, told PNN that settlers of the nearby Beit Ayin illegal settlement carried out the attack.

Fannoun added that he filed a complaint to the Israeli Police, and said that this attack is not an isolated incident as the settlers are responsible for dozens of attacks against Palestinian lands and residents in the area.

In related news, Palestinian medical sources reported on Monday evening that a Palestinian youth from Doha town, west of Bethlehem, was injured after being attacked and beaten by Israeli soldiers.