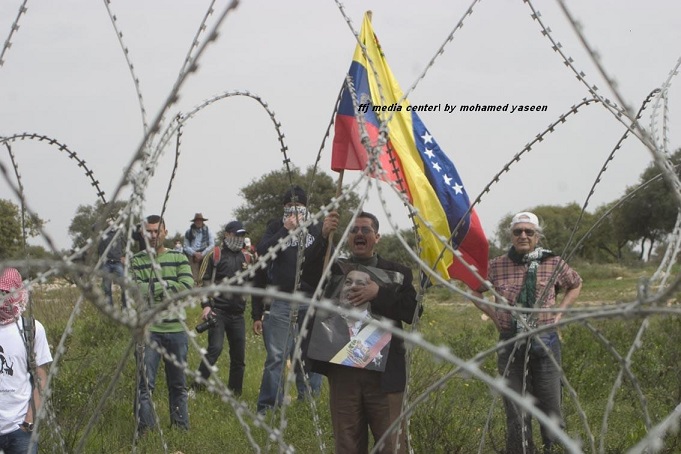 Friday March 8, 2013, Dozens of Palestinians, accompanied by Israeli and International peace activists, held their weekly protest against the Annexation Wall and settlements, in the village of Bil’in, near the central West Bank city of Ramallah. Dozens of injuries have been reported after the army attacked the protesters.The Friends of Freedom and Justice Committee in Bil’in (FFJ) reported that resident Samir Bornat, 37, was shot by a rubber-coated a metal bullet in his left arm, while resident Abdullah Yassin, 21, was shot by a gas bomb in his arm, and cameraman Haitham Khatib, 37, was shot by a gas bomb in his leg.

Dozens of residents have been treated for the effects of teargas inhalation.

This week’s protest came in solidarity with hunger striking Palestinian detainees in Israeli prisons, and to express solidarity with the family of Mohammad Asfour, from ‘Aboud village near Ramallah, who was kidnapped by the army and was tortured to death at an Israeli interrogation facility.

The protesters chanted slogans against the illegal Israeli Annexation Wall, settlements and the ongoing occupation of Palestine, and called for more solidarity with the Palestinian detainees held by Israel.

As they arrived at the Abu Lemon Natural Reserve, near the Annexation Wall, some protesters managed to cut sections of the barbed wire located just behind the Annexation Wall, and the soldiers, stationed on the other side of the Wall started firing gas bombs, concussion grenades and rubber-coated metal bullets. 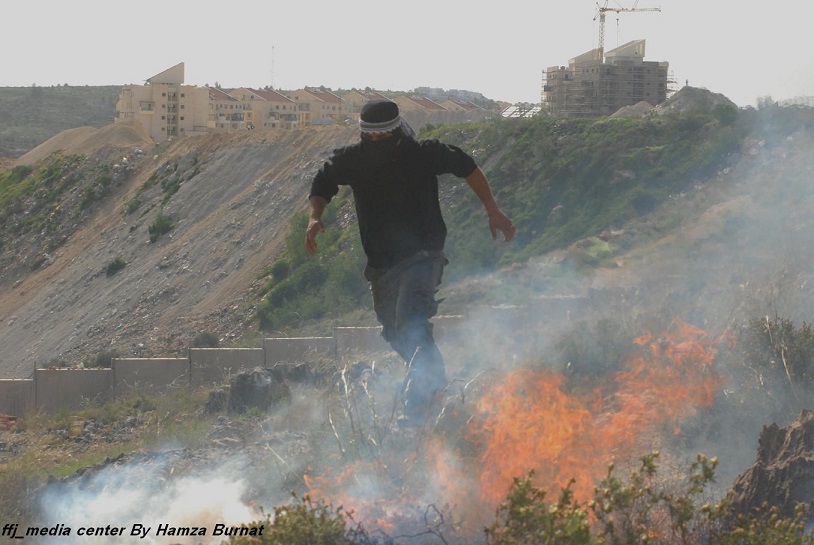 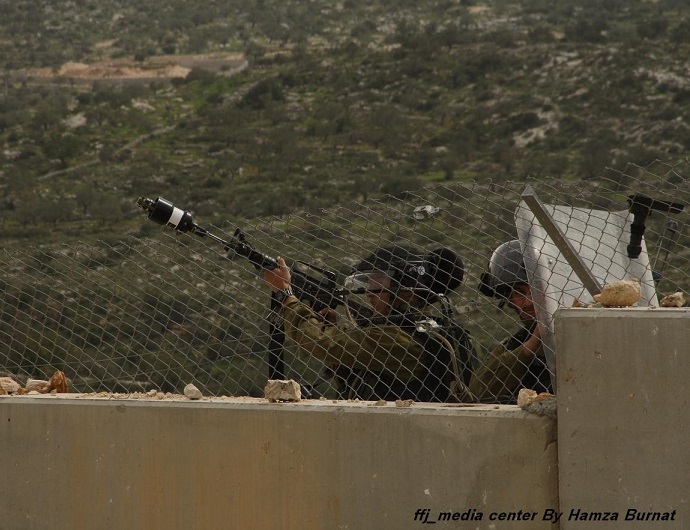